Back in July, I wrote about a new program Kmart was testing in select markets called Kmart Smart Rewards. The program including using a card to get discounts and rewards when you shopped at Kmart stores. A few weeks ago it was rolled out nationally under the name Shop Your Way Rewards. It still has the same benefits as before, including the K'Ching surprises at Kmart, 1% back in rewards, & no receipt returns, but now its available for the Sears Holdings family of stores and websites. The card can now be used at not just Kmart stores but also at Sears stores, Lands End at Sears, Craftsman.com, Kmart.com, Sears.com, and Mygofer.com.

When I wrote about the original Kmart Smart Rewards program I said it can help build loyalty and return trips to Kmart. I again echo that sentiment, now that this program has gone national. I believe it can be a slight edge for them against Wal-Mart and Target. Most stores these days have some type of loyalty card program, because it works. Everywhere from Dick's Sporting Goods, Best Buy, CVS, Kroger, to PetSmart have a loyalty card program. Wal-Mart and Target are in the minority now as stores without it.

I signed up for the original Kmart Smart Rewards Program as it was available in my area and they automatically sent me a new Shop Your Way Rewards card when it was launched to replace the KSR program. I get frequent emails for special deals with my card at Kmart and Sears. So far from first hand experience, I think it will be a successful endeavor for Sears Holdings.

What do you think? Is this program a good idea or is it another one of Sears Holdings failed attempts to spur business?
Posted by Paul - Kmart World/Retail World 3 comments:

(Note: This store is also featured in a post here about its closing in April 2012.)

Recently I visited the Kmart in Buford, GA, which is only a few miles away from the Mall of Georgia (largest mall in Georgia).

This store used to have a K Cafe. The area is now more selling space for the baby/infant section. One odd thing they did at this store was they removed some of the registers and made it into more selling space. Unfortunately, I don't have pictures of either. This is one of the Kmarts that has a Large Appliance section in it. (picture below)

Overall not too much exciting or unique about this store. 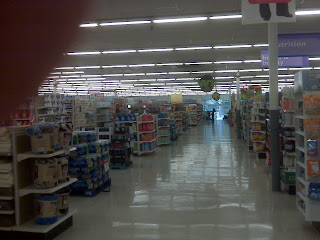 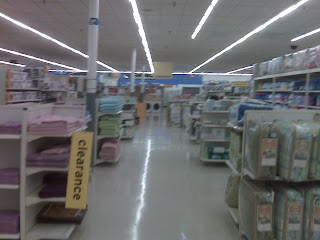 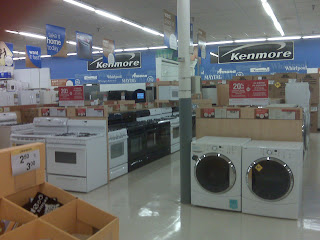 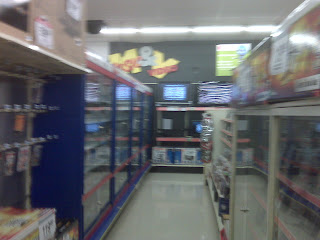 Sorry for the lack of updates to the blog in the last couple months, things have been very busy for me. I have several updates lined up, so keep checking back!
Posted by Paul - Kmart World/Retail World 2 comments: