Today we continue our streak of featuring Florida Kmart's submitted by our anonymous source. This one being located in Fort Pierce, FL. The difference with this location is it's an older and outdated store. It's 88,437 sq ft and opened on May 13, 1976, making it one of Kmart's older stores. This store is a former Grants department store location. This is one of the Kmart's that give the chain a bad name for being old, smelly, and cramped. At one time the store did have a large auto center, but it's now part of the toys department and backroom. There is no longer a pharmacy at this location, as it was removed about 10 years ago due to low sales volume. Mainly from a pharmacy being at the Winn-Dixie and CVS next door and also in the Publix close by. The store also had a Little Caesar's for a while. It was a franchisee leasing space within the store, not a Kmart run Little Caesars. Unfortunately Sears Holdings raised the rent and the franchisee left. The funny thing is he relocated in the shopping center a couple doors down from Kmart. It was cheaper to rent a space there in the center than being inside of Kmart. When it was inside Kmart, it had its own entrance from the outside of the store. That entrance is now boarded up and the area is used for layaway storage.


This store is in a fairly busy shopping center with a Winn-Dixie grocery store on the other end. The store is located on a major highway with a large amount of low income households nearby, which fits the demographic for this store. There's no competition around, as in Walmarts or Targets. The closest Walmart is to the west. It's in a very busy section of town by Interstate 95, making traffic not worth going to it. Sales were really good at this store up until last year, having dropped about a million dollars less than the previous years. If sales don't increase this year, the store will more than likely be slated for closure. During Kmart's heyday, this was a corporate meeting store and district manager office for the central east coast of Florida, due to its location at the time. The store features a large conference room and store managers office.

You may have noticed in the first picture that the Big and yellow slash for the Big Kmart logo have been removed, with just the Kmart part of the logo remaining on the front of the building. There's a interesting story to that. Like a lot of Kmart locations, the paint was badly faded on the letters. At the time, the store manager sent an associate on the roof with a bucket of blue, red, and yellow paint to repaint it. After he repainted the logo, the results were awful. Just an FYI, you can't paint a hard plastic light up sign with just an off the shelf paint. The result was terrible chipping with chunks of paint falling off. The company decided to remove the Big and yellow swoosh part of the logo. They kept the Kmart part and resurfaced it. Because of removing only part of the logo, the Kmart part is not centered on the building and holes are still visible where the rest of the logo was. Now that's Kmart genius at its finest!

This store looks very rough on the inside and is a big departure from some of the nicer, remodeled Kmart we have featured on here recently. There's mismatched floor tile colors all over, mismatched looking ceiling tiles, old store areas boarded up, and just a general tired, depressing look. And there you have it, the Fort Pierce, FL Kmart. Enjoy the rest of the picture below and leave your comments on this store!

Following in the vein of our last post, today we have another feature on a remodeled Kmart in Florida. This one again was submitted by our anonymous source and is located in West Palm Beach, FL. It was remodeled a few years ago and now has the orange and brown color scheme. We have mentioned the orange and brown remodel concept before on the site but have never featured pictures of one until today. This color scheme was in use between the multicolored scheme from the Kmart in our last post and the currently used red and white scheme. This store is 123,007 sq ft according to Sears Holdings Reality website, which puts it on the very high end for the size of a regular Kmart location. It has a Sears Auto Center, which was added in the old Penske automotive bays when the store was remodeled. It also has a large appliances area in the store. This store was included in the PDF that Kmart had on their website a couple years ago listing newly remodeled locations around the country.
This Kmart is located in a large shopping center at the corner of a busy intersection of two major roads. Unfortunately though this store doesn't get very much business and has a high rent to pay, thus not generating much if any profit for the company. Not to mention a Super Target and Super Walmart are just down the road from this store, stealing most of the business away. It won't be surprising if this location ends up on one of the store closing lists soon.

There you have it a good looking, remodeled Kmart in a busy and nice area that gets hardly any business. What do you think about this store and the fate it might face in the near future? Enjoy the rest of the pictures and leave your comments below. 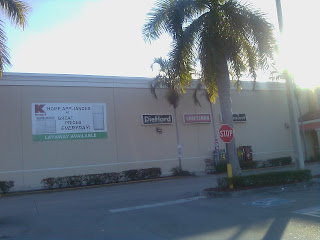 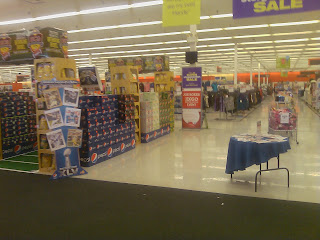 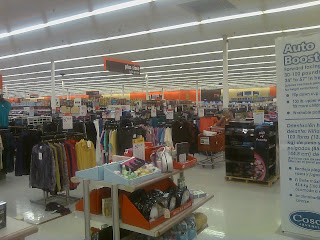 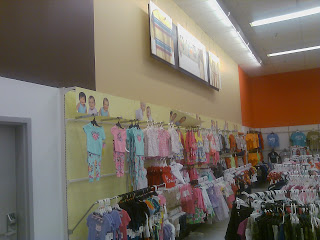 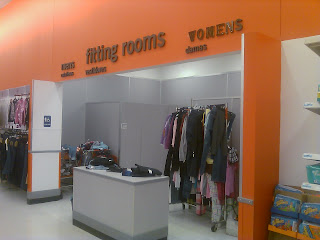 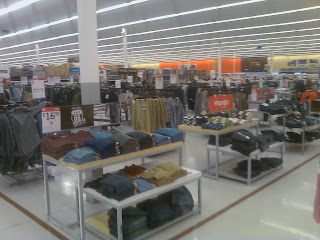 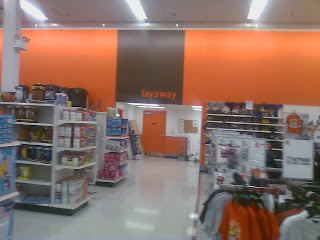 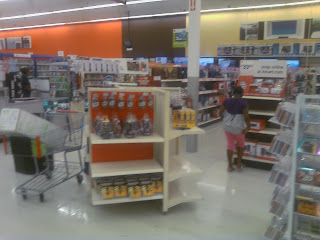 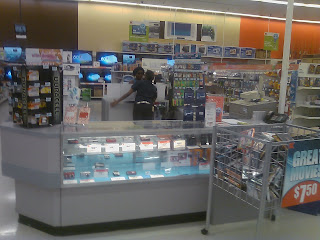 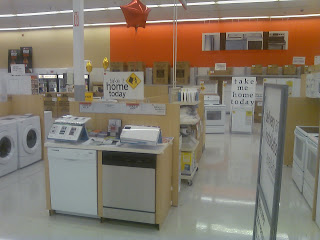 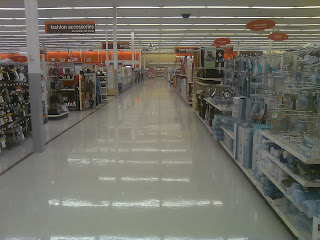 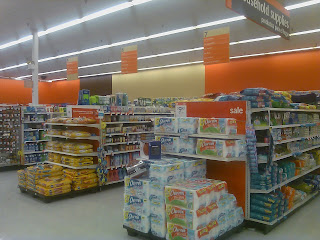 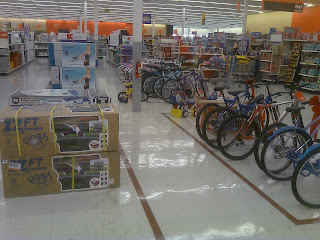 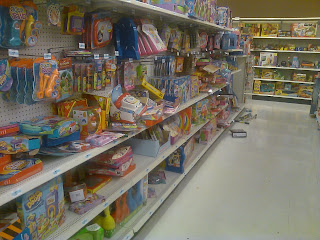 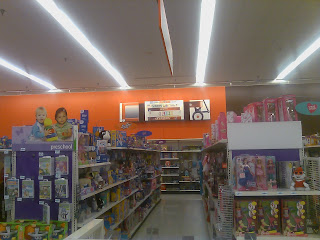 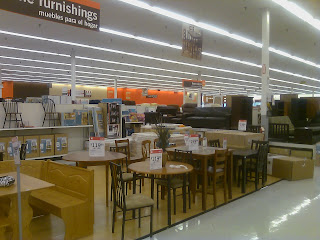 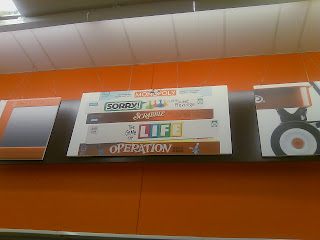 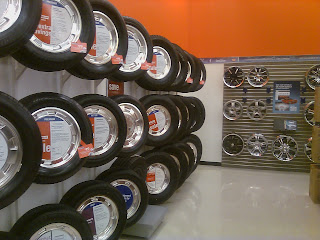 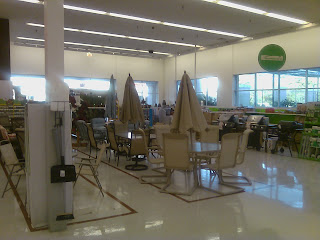 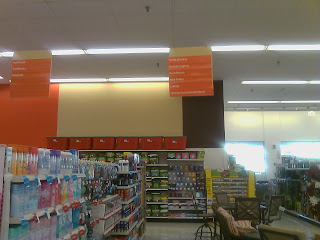 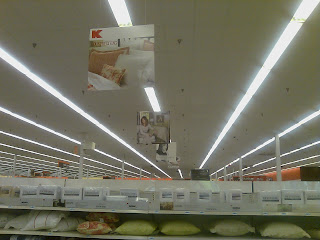 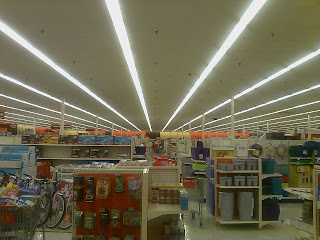 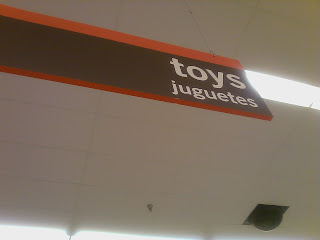 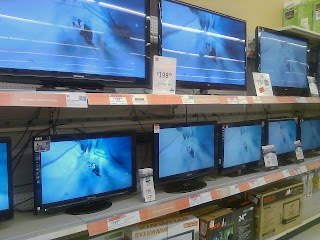