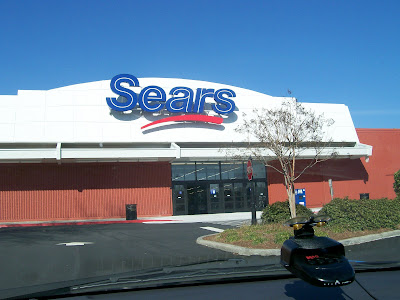 As you could probably tell from the picture above, this isn't your average Sears store. But rather a Kmart turned Sears. I went to this former Big Kmart in January 2008 on my way to the Kmart Super Center I posted about recently. I read an article online a few days before my trip stating this store had just been converted. The article stated that this was another of Sears Holdings experiments. They liquidated and closed the Kmart and started work on transforming it into a (unique) Sears store. Here's the narrative of my visit-

Upon my arrival I could see that they didn't spend much money on changing the exterior of the store, just some paint and signage changes. 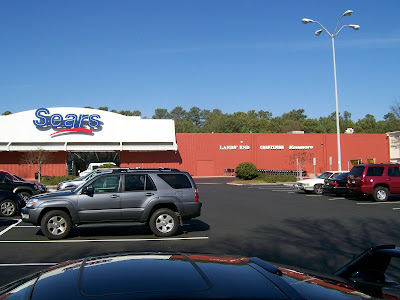 One addition to the exterior though, was a Pharmacy pick up window. The Pharmacy was one of the elements they kept from Kmart, more on that below. 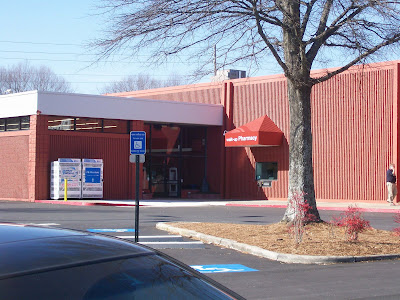 They kept the Kmart Garden Center. On my trip there was nothing in it, most likely because it was the middle of winter when I visited. 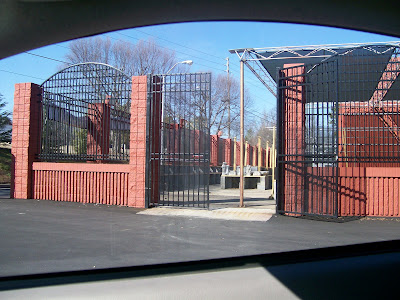 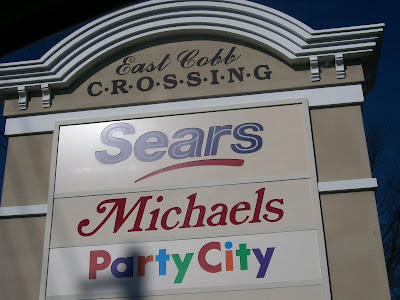 After surveying the exterior I entered the store for the interior evaluation. First off, I want to apologize for not having any pictures of the interior. The store was very open and filled with employees, so I didn't feel comfortable at the time to snap any pictures.

Let me just say I've never seen a Kmart or Sears store with so many shopping carts. They had rows and rows of carts inside and outside the store. They were all new Sears branded black carts.

Walking in the store first thing I notice is the Kmart-style low ceilings and rows of fluorescent lights. But that's where any interior resemblance to Kmart ends. The store looked as it had been gutted to the bare walls and remade. Everything was new- fixtures, registers, floor, etc. The store had Internet kiosks all over for looking up and ordering Sears products. The checkouts were centralized at the front of the store. As stated above the store was very open and airy feeling even with the low ceilings. It was mostly because the aisles were low and the store had a large, open 'race track' around it.

The sad thing was that the store was extremely dead, the associates outnumbered the customers 3 to 1. Overall I liked the look and concept of the store. It just seemed a bit too small to have a full selection of Sears, yet didn't have enough right items to make it Kmart.

As always post your comments on what you think.
Posted by Paul - Kmart World/Retail World