It's time once again to revisit the Kmart located in Rome, GA, this is our third documented trip to the store on Kmart World. We visited it in 2008 when it was still a Super Kmart Center (the last remaining one in Georgia) and again in 2012 after it had been downsized to a regular Kmart store. Back in May 2016 it was announced by Sears Holdings that it would be one of several Kmart to close around the country despite it being one of Kmart's busier locations. When we were at the store it was about a month and a half away from closing and was well into it's store closing sale. There's not too much to add that we didn't already cover in our previous two posts of this store. Enjoy all of the pictures below, we even have some exclusive shots of the former grocery area that was walled off back in 2009 and hasn't been seen since! 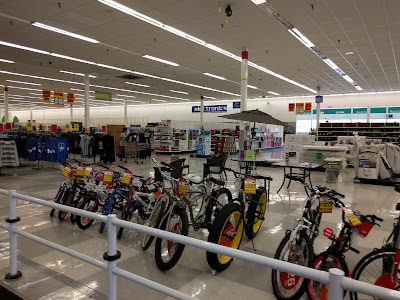 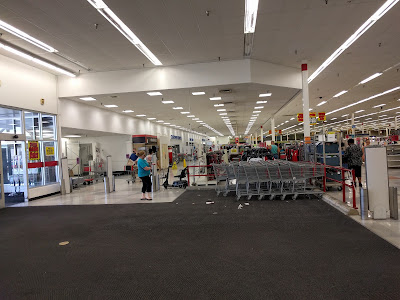 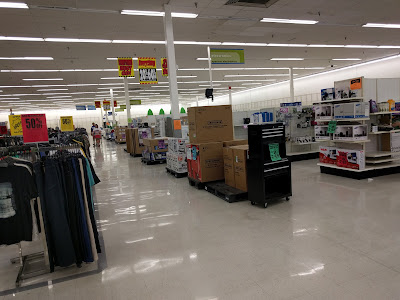 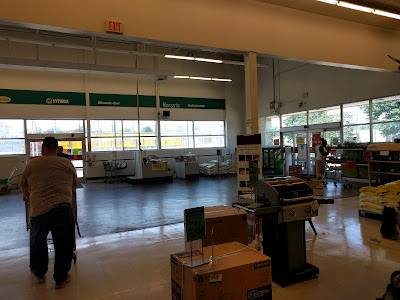 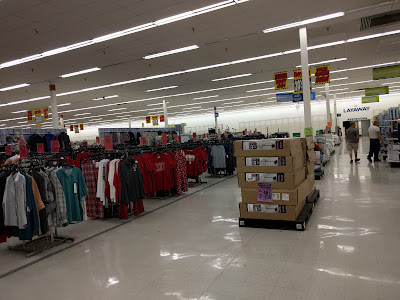 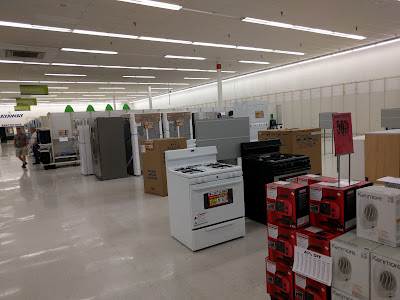 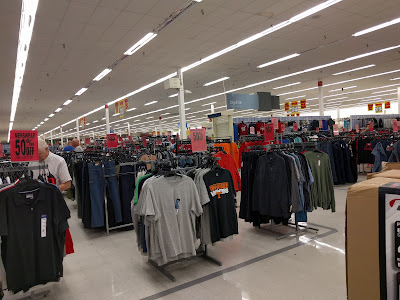 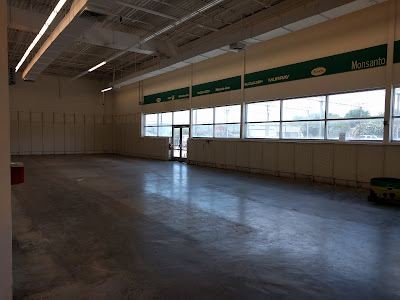 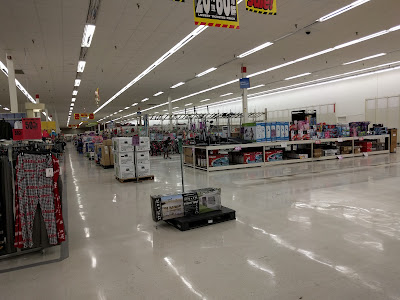 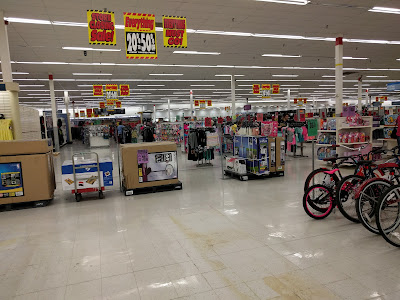 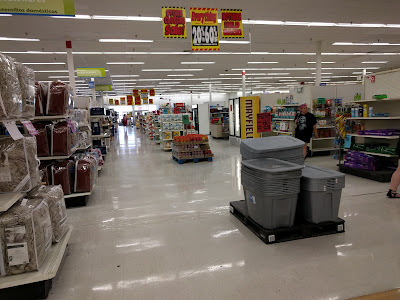 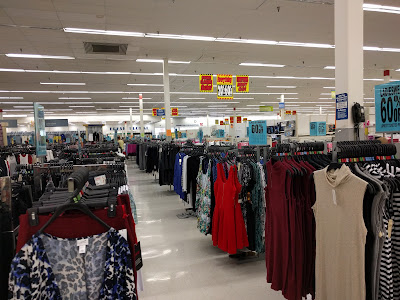 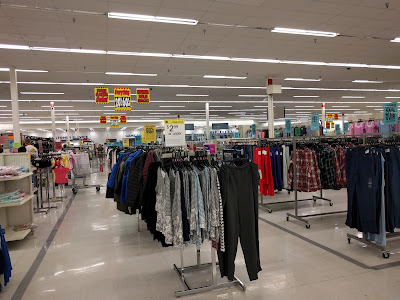 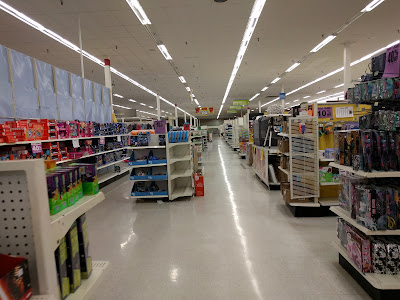 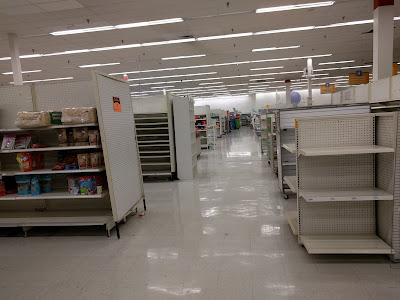 Now to get to some really interesting pictures. They took down a part of the shelving that had been blocking the entire length of the former grocery area. The area was now open as a fixture, furniture and equipment sales area. We went into this area and got lots of great shots that you can see below. We were the only people in this area at the time which made it easier to get good pictures. Enjoy! 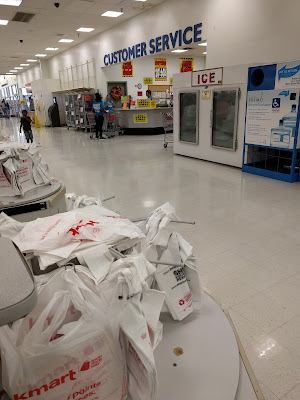 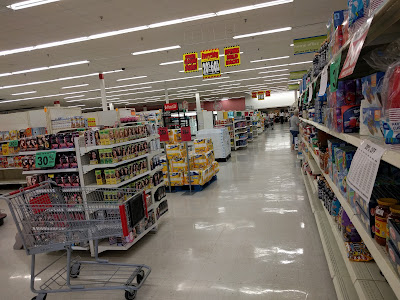 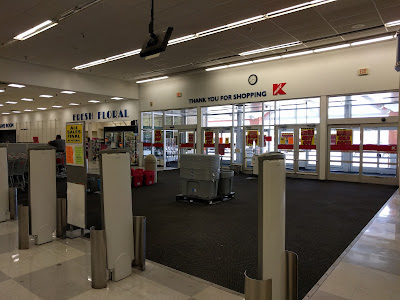 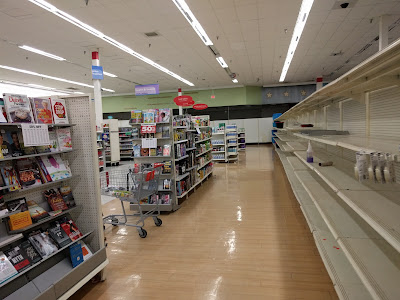 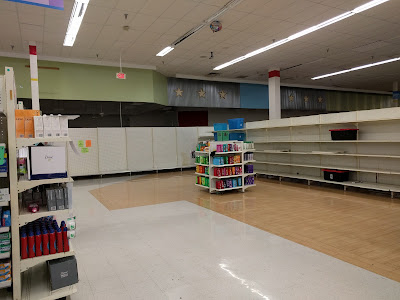 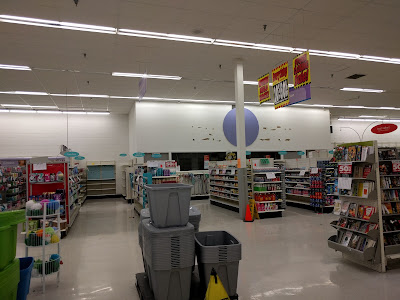 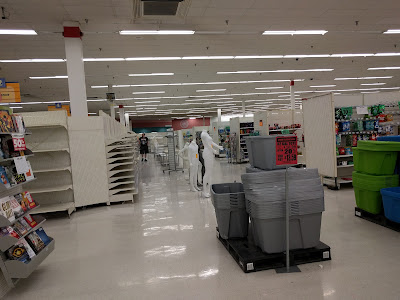 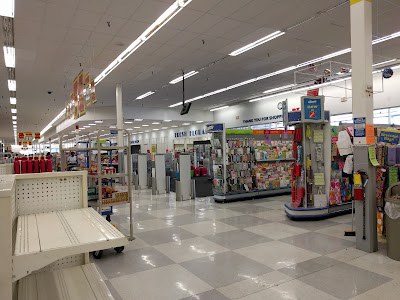 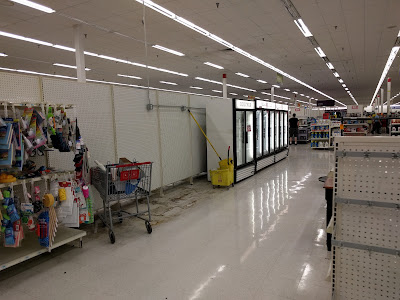